In part 2 of their series on the local lore that underlies the camp story and soon-to-be-revealed (!) path descriptions for Dragonrise 2019, Loupgarou shoots us with a golden arrow….. 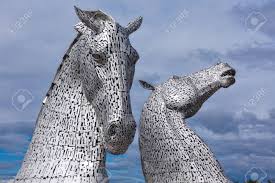 A riddle, a riddle

What can it be?

A riddle, a riddle, can you tell me?

I tremble at each breath of air

Yet can the heaviest burdens bear

When people left towns or villages as outlaws they faced and overcame the fears common to peoples in previous centuries – the fears of spirits that lived in the water, of underground dragons or wyrms , of hags that lived in caves, of the woodwose of the forests and heathlands, and of the  water-horses of lakes and rivers and pools. Facing these fears and propitiating, making offerings, developing a healthy respect without fear, communicating, making sacrifice, celebrating and protecting resulted in  these people  becoming part of the legends themselves. It was their transformation to being more wild than domesticated – and they became the ancestors of all those who fight to preserve wild places. This can be seen in the number of rivers, pools, forest dwellings, caves, etc.  in which the legends of locals have become incorporated with those of the Gods and Spirits.

Dangerous waterspirits are found throughout the world. The Nikker or Nekker are Dutch water spirits, the Nixe are Germanic water beings. In Norway there is the Backahasten, which is also called the Nøkken. For Faroe islanders there is the Nykur and in Iceland there is the Nykur or the Nennir.

Britain is no exception. Nicor is Old English for a water beast and first appears in Beowulf. Some of the watery beings take animal form and others take (mostly) female human form. The water horses may be the Uisge of Scotland (Each Uisce in Ireland), the Cefyll Dŵr in Wales, the Cabyll Ushtey on the Isle of Man,  and in the Islands such as Orkney they are Nuggle or Nuggie, while in Shetland they are Tangi, the Shoopiltee, and the Njogel. In Cornwall a name for the sea water horse was Shoney – the dangerous flesh-eating water horses that will pull you into lakes and rivers; or the Nixie, a water sprite similar to the Kelpie – the playful water horse or heifer – playful that is, until you try to dismount and realise you cannot, as the Kelpie dives below the water.

In different places throughout England, the female type of water spirits are very particular to an area. Being local, they have specific names:  Peg Powler is the water spirit that inhabits the Tees, her daughter Nanny Powler inhabits the River Skerne, Peg O’ Nell haunted the Ribble and the Grindylow is found in Yorkshire (and seems to be related to Grendel in the Norfolk fens). Jenny Greenteeth or Ginny Greenteeth was often mentioned in the 19th and early 20th centuries in Lancashire (and briefly in Shropshire) as a kind of green-skinned, long armed bogey (indeed another folkname for this type of being was Nelly Longarms) who had very sharp teeth and would pull the unsuspecting into the water. Her name became used as a term for ‘duck weed’ in the 20th century and was invoked to keep children away from deep water.

However, the conflation of local people with spirits is borne out by a tale where Peg O’Nell also seems to have been the name for an unfortunate housemaid who drowned, while in Salterforth in Lancashire, there is still a well called Jinny’s Well, named after Jinny Greenteeth and illustrating her other role: guardianship. It is likely that the green women of the waters – the pools and springs and wells –  were also guardians of them. Ellesmere in Shropshire is named after Elle – a local hag and water guardian. What better way to keep people away from a Spring or Pool or Well? Or, maybe, in this era – to stop fracking or river pollution?

In Wales the Gwragedd Annwn are beautiful water spirits that have in legends sometimes married humans. They may well be the original source of the ‘Lady of the Lake’ in Arthurian Legend, and as Shropshire is on the Welsh border, could this account for some of the characteristics of the Shropshire water spirits?

Shropshire folklore also mentions other female spirits who live in the mere. Some are less dangerous such as the sun-rejecting, green haired Ashty or Asrai, others are said to be beautiful but easily offended, and then highly dangerous. Sightings in Shropshire include those at Ellesmere, Newtonmere and Bowmere (where there is also a legend similar to the Lady of the Lake and involving Wild Edric, a gigantic fish and a sword). However, memories of the people associated with them seem to disappear over the generations (similar to the lost memories of the Norfolk hytersprites). Many of them in Shropshire and Wales are known as ‘White Ladies’ and are found at the meres and pools in North Shropshire listed above, as well as Colemere, Kettlemere and Croesmere, Blackmere and Whitmere.

Returning to the Nikkur or Nicor, however, brings us to the Knucker which, in England, inhabits watery holes in the ground but is a type of dragon.

These nine have main (power) against nine venoms.

slew with them the adder that she into nine flew.

Prior to the 13th Century in Western Europe, most dragons were reported as inhabitants of watery places,  or living in caves. They didn’t display wings or fire throwing abilities until later. The Old English version is a Nicor, but in localised Sussex dialect Knucker is a found as a water dragon, that lives in knuckerholes in England. The word, from which it is derived – Nicor – means water beast or water monster and is used in the early poem Beowulf. Legends tell of a Knucker that lived at Lyminster.The Knucker apparently caused a lot of trouble, consuming local livestock and villagers until it was destroyed by a local hero whose grave slab lists him as ‘Slayer’ in Lyminster church. (Shades of Buffy?) 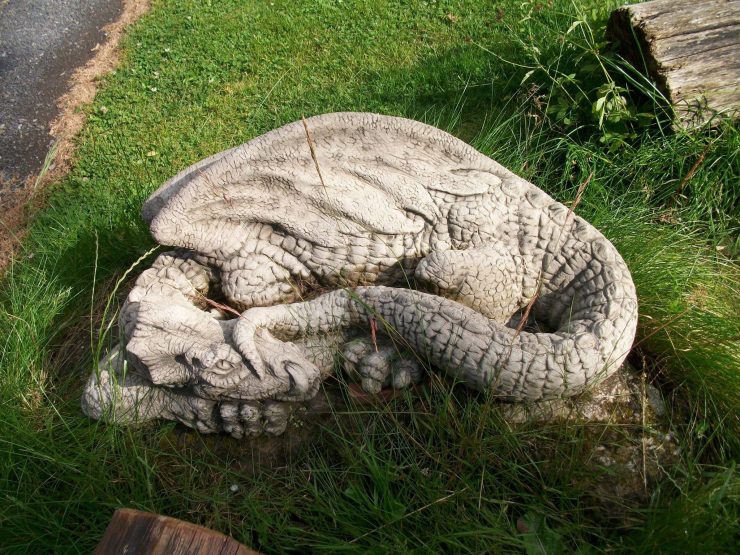 In mythology to do with Wales, the dragon is a red dragon ( still visible on the Welsh flag). In English mythology, the Saxons brought the white dragon to England and both are referred to in Geoffrey of Monmouth’s 15th century History of the Kings of Britain (and subsequently in one of the Arthurian legends) as two dragons fighting for supremacy. In Norse mythology, which after all had a great influence in England, the dragon lies coiled around Yggdrasil, the tree of life.

Words for dragon included; Draeyk or Drake (and could be fire, frost or cold drake); Worm or Wyrm (as in the poem/song the Lambton Worm); Wyvern (2 legged dragon in the later Middle Ages); Sea Wyvern or Serpent/Snake; Lindworm (now mainly referred to in heraldry in England and similar to the Wyvern); Lindorm in Norwegian traditions or; Amphiptere (also an heraldic term for dragon). Wyverns were very bad tempered but would fight on behalf of humanity against other beasts.

Earl’s Hill and Pontesford Hill, Shropshire together known as a local dragon

Dragons are also found in Shropshire: South West of Shrewsbury in Shropshire, local legend has it that an earth dragon is revealed in the shapes of Pontesford Hill and Earl’s Hill (the first National Trust Nature Reserve and site of an Iron Age Hill Fort) together, and the psalter from Winchcombe Church in Shropshire shows a dragon with its tongue wrapped around Christ’s staff – about to pull it away or simply having a taste?

The dragons are carriers of the power of the Earth, the Waters or the Sea and are traditionally guardians of treasure (whatever is valuable to us). The dragons seem to respond best to pleas for help to protect the element they are associated with. 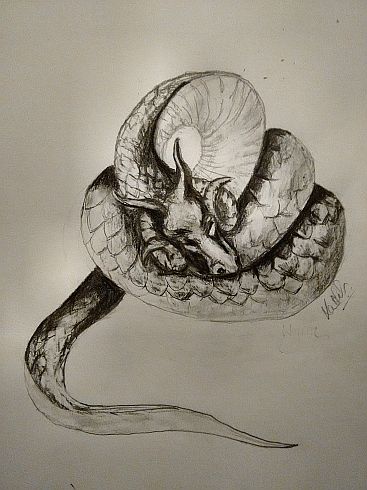 The Stiperstones are an area of mystery and legend in Shropshire. An outcrop of tumbled rocks along a ridge, they incorporate features such as ‘the Devils Chair’ which is said to be inhabited when mists fall or when stormy clouds descend. Old customs dictate that dancing widdershins (starwise or counter-clockwise) around the Devils Chair at midnight on Midsummer Eve will show to you the face of your true love.  These are the same stones beneath which Wild Edric is said to sleep, waiting for the alarm call that will awaken him and his riders to save Britain.

There is also a legend that a golden arrow was lost in this area, some 14 centuries ago – and that whoever finds it will be led to treasure.  This represents some old dispute between the Saxons of Mercia and those of Wessex but it is interesting that an arrow as a motif appears in relation to the Stiperstones and also to the church in Ludlow, Shropshire, where an iron arrow was to be found in the transept roof.  However, this arrow is linked to  another outlaw figure – Robin Hood…..